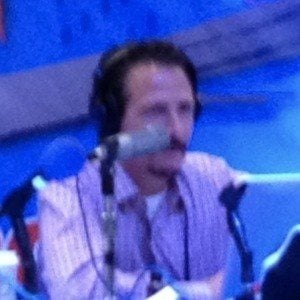 Known for his witty and fiery personality and for being the former host of ESPN's Jim Rome Is Burning and The Last Word on Fox Sports Net.

His first real success came in San Diego when he started a show called The Jungle.

On a talk show, he called NFL QB Jim Everett Chris as a joke, which resulted in the QB trying to fight him during the interview.

He married Janet Rome in 1997 and they are both active in the horse racing industry, and they own a stake in several horses.

Countless NBA stars have been interviewed on his sports talk show, including NBA champion Kobe Bryant.

Jim Rome Is A Member Of