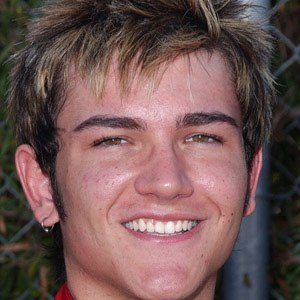 Former contestant on American Idol whose single, "You Turn It On," reached the Billboard Hot Club Dance Chart. He released his first album in 2004, entitled Unsaid and Understood.

He learned American Sign Language at an early age since both of his parents are deaf.

He came out publicly as homosexual in an article for The Advocate in 2009.

He married his partner Bill Brennan on September 6, 2009.

He was on American Idol with Kelly Clarkson.

Jim Verraros Is A Member Of