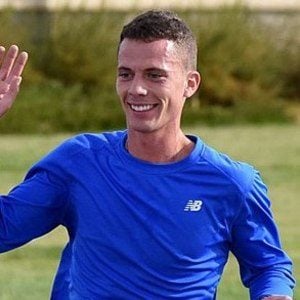 Trail runner who became a sensation in the ultrarunning world by setting records at courses like the R2R2R in the Grand Canyon. He has won the JFK 50 Mile multiple times and was named 2016's Ultra Runner of the Year.

He grew up just outside of Phoenix, Arizona and began running during his freshman year of high school. He later served as an assistant track and field coach at the University of Texas.

He was on course record pace at the 2016 Western States 100 before accidentally taking a wrong turn and ultimately finishing in twentieth place.

His mother's name is Joan.

He and Spain's Kilian Jornet Burgada are two of the world's most famous trail runners.

Jim Walmsley Is A Member Of