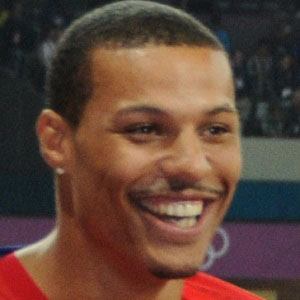 Sprinter who has become one of the most renowned short-distance sprinters in American history with times of 9.88 seconds in the 100 meters and 20.10 seconds in the 200 meters. He won a silver medal representing the United States in the 4×100-meter relay at the 2012 Summer Olympics.

He won the 2007 Oregon State Championships 6A titles in the 100 meters and 200 meters at Douglas McKay High School in Salem.

He set the national junior college record in the 100 meters with a time of 10.05 seconds at the National Junior College Track & Field Championships.

He has a son named Tyree.

He and Wallace Spearmon were both members of the U.S. Track and Field team at the 2012 Summer Olympics.

Ryan Bailey Is A Member Of