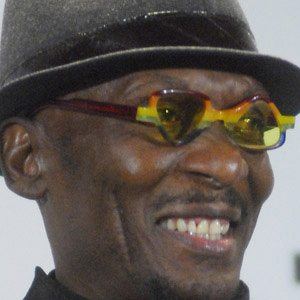 Jamaican reggae and ska singer, known for the songs "The Harder They Come," "Many Rivers to Cross," and his cover of "I Can See Clearly Now."

He left Kingston Technical School to pursue a music career. His first hit was "Hurricane Hattie," which he released when he was fourteen.

He was inducted into the Rock and Roll Hall of Fame in 2010 and holds the Order of Merit from the Jamaican government for his musical achievements.

He had three daughters with his second wife.

His song "Vietnam" was praised by Bob Dylan as a great protest song.

Jimmy Cliff Is A Member Of