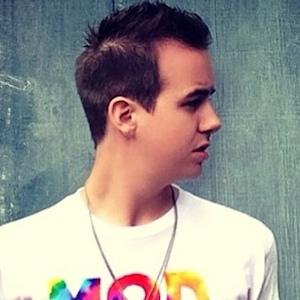 Creator of Holding of Wrist, a group designed to help others struggling with self-harm, depression, and suicidal thoughts through online mentoring and positive thinking.

His hobbies growing up included taking pictures with old cameras and skateboarding. In the first six years of Holding of Wrist's existence, beginning in 2008, he grew a network of over 150,000 supporters and replied to more than 75,000 emails.

He began working on a book called Elevate which explains his struggles in life and how he overcame them to make his dreams a reality while also explaining his philosophy on how thinking positive can change your life.

He is from Richmond, Virginia and he has one older brother and two older sisters.

He and Gabby Frost are both known for their work helping those struggling with self-harm.

Jimmy Elliott Is A Member Of