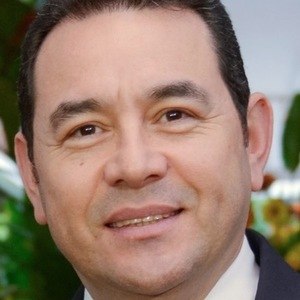 Guatemalan politician who has gained fame thank to winning the presidential election in January 2016. He was previously known was a TV comedian starring in the series Moralejas.

He first ran for political office in 2011.

He is a member of the National Convergence Front party.

He and his wife Hilda Patricia Marroquin have three children together.

He has been criticized for following several policies by United States President Donald Trump.

Jimmy Morales Is A Member Of