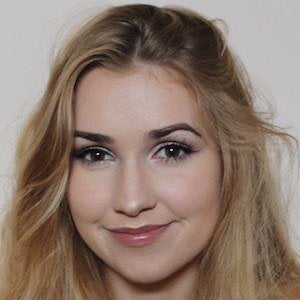 Online creator also known as Ivorygirl48, who has earned more than 3.3 million subscribers on YouTube. She posts a variety of types of videos that includes beauty and DIY content, routines, pranks and more. Some of her most popular videos have also included her trying on different dresses from fashion hauls.

She posted a first video called "Neutral Smokey Eye ~ Great for Beginners!" in February of 2013.

She became a partner of Style Haul. She has also enjoyed figure skating and posted a video of it to her Instagram in March of 2021.

She had her brother Eli do her makeup in her second ever YouTube video. She has another brother, Tate. Her mom has appeared in several videos on her channel. She became engaged in November 2021. The couple married in September 2022.

She used the lyrics of Shawn Mendes' "Treat You Better" for a "Song Lyric Prank on My Friends Boyfriend" video.

Mia Maples Is A Member Of