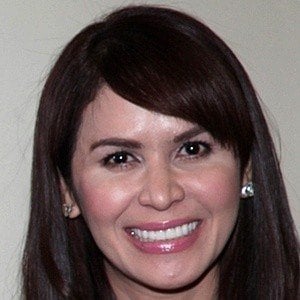 Most widely known as the wife of professional Filipino boxer Manny Pacquiao. She is also the former vice governor of Sarangani, Philippines.

She was working as a beauty consultant when she met Manny and married him in 2000.

In 2014, she served one term as the vice governor of Sarangani province in Mindanao before retiring from politics to focus on her family and businesses.

She and Manny have five children: Michael, Mary, Queenie, Israel and Emmanuel Jr. She has an older twin sister, Janet Jamora.

In 2008, she executive produced the film Anak ng Kumander which starred her husband and Ara Mina.

Jinkee Pacquiao Is A Member Of