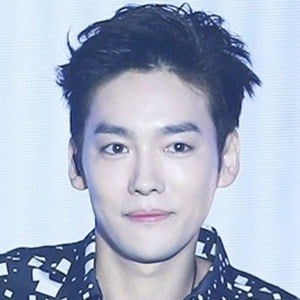 South Korean singer who became known as a the lead vocalist of the K-pop band WINNER formed by YG Entertainment in 2013. He's also known for his role as Woo Taeji in the web-drama Magic Cellphone.

He became a TG trainee in 2010 and was originally a backup dancer at the 2011 Family Concert.

He became known as one of YG Entertainment's oldest trainees.

He was born Kim Jin-woo but goes by his stage name Jinwoo. He was born in South Jeolla, South Korea.

He was scouted by Seungri of the band Big Bang who was impressed with his dancing at Seungri Academy.

Jinwoo Kim Is A Member Of