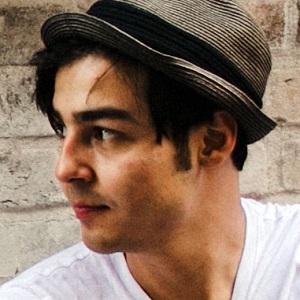 Filmmaker and internet personality known for his work within and outside of Rooster Teeth. He hosts Rooster Teeth's film podcast Screen Play and voices the character Mercury for the animated series RWBY.

He hosted a public access show called Randumb Frogz at the age of 16 that he shot inside his house. It was a combination of The Daily Show meets SNL, with fake commercials as well as musical guests. He then moved to Austin where he was a rock and roll VJ for 4 years with ME Television.

As an actor and personality, he has starred in commercials for Toyota, as well as shows on NBC and ABC including What would you do? and My Generation. He works with budding virtual reality projects and technology for his company Viewer Ready.

He grew up near Corpus Christi, Texas. He began a relationship with Jenny Gacy in 2013.

He has worked on films, commercials, and music videos with a number of artists, including Billy Bob Thornton, Lorelei Linklater, The Riverboat Gamblers, Ghostland Observatory and many more.

JJ Castillo Is A Member Of