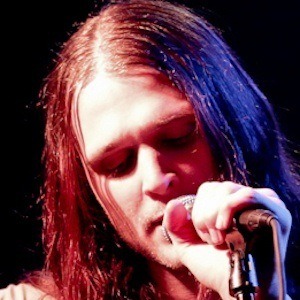 Producer, singer, and songwriter who is known for his work in the electronica and soul genres. In December 2014, he released his second full length studio album, The Blue Album.

He acquired his first guitar in the 4th grade. He then began mixing his own songs soon after, at age 12.

He recorded his first album, Love Arcade, at age 18, with him playing all of the instruments. He was signed to Atlantic Records based on the album and his work ethic.

He was born and raised in Eastpointe, Michigan, by his mother.

He has cited Prince, Phil Collins, and Fiona Apple as some of his chief musical influences on his own style.

JMSN Is A Member Of