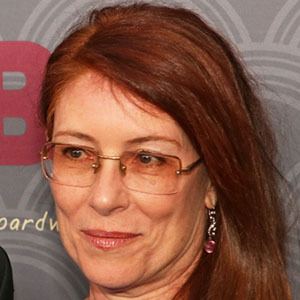 American filmmaker, choreographer, and editor who is known for her work on several feature films including as an editor on What Happened to Pete, a choreographer on The Imposters, and a director on the 2000 film Lillian Kiesler: On the Head of a Pin.

She first earned recognition within the New York performance art scene of the 1980s. She performed as the Performing Garage, La Mama Experimental theater, and St. Marks Danspace. She then entered the film industry as an editor in 1992 on the film What Happened to Pete.

She is known for having completed an artists residency at several acclaimed art colonies and museums including Yaddo and the Rockefeller Study Center in Bellagio, Italy.

She married Steve Buscemi in 1987. Together they had a son named Lucian who was born in 1990.

She worked as a choreographer for Stanley Tucci and Oliver Platt on the 1998 feature film The Impostors.

Jo Andres Is A Member Of