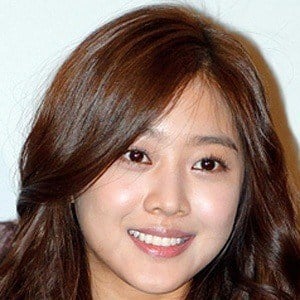 Rose to fame leading the Korean dramas Shut Up Flower Boy Band and The Idle Mermaid. She also won several awards for her role in the KBS2 series All About My Mom.

She made her screen debut in 2011 in the daily sitcom I Live in Cheongdam-dong. She'd previously studied performing arts at Sungkyunkwan University.

In 2014, she made her film debut playing Ha Young-eun in the romantic thriller Innocent Thing.

She began dating actor On Joo-wan in 2015 after they met on the set of The Idle Mermaid. The couple split in January 2017. She has one younger sister.

Choi Tae-joon portrayed her love interest in All About My Mom. They were nominated for KBS Drama Award for Best Couple in 2015.

Jo Bo Ah Is A Member Of