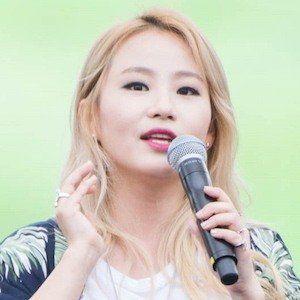 Rhythm and blues singer/songwriter who is best known for her work with the South Korean group Urban Zakapa. With the group, she was nominated for the Song of the Year award at the 2012 Mnet Asian Music Awards.

She met one of her bandmates while attending a practical music academy in her youth.

In 2016, she performed at the Seoul Olympic Park Stadium.

Her parents were initially opposed to her pursuing a career in music but came around after discovering how talented she was.

She collaborated with rapper Beenzino on the song "Get."

Jo Hyun Ah Is A Member Of