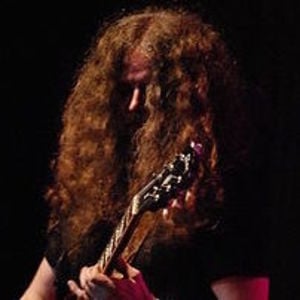 Swedish guitarist and member of the heavy metal band, Bad Omens. They are known for hits such as "The Worst in Me," "Glass Houses," and "Exit Wounds."

He and Aaron Matts are both in heavy metal bands signed by Sumerian Records.

Joakim Karlsson Is A Member Of