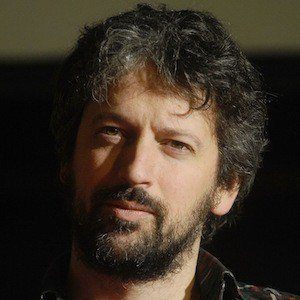 Cartoonist who collaborated with Stefania Lusini in 2016 to illustrate the cover of Wilco's tenth studio album, Schmilco. He also found acclaim with his third book Mox Nox released in 2013. He has 2.9 million followers on his Instagram account.

He graduated with a degree in fine arts which led to him illustrating for La cultura del Duodeno, El Periódico, Ara, and The New York Times.

He won the third edition of the Josep Coll Prize for his collection of works entitled Abulio.

Matthew McConaughey and Bradley Cooper have been spotted wearing one of his designs on a t-shirt.

Joan Cornellà Is A Member Of