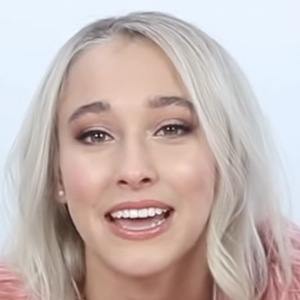 Beauty and fashion parody video creator for YouTube who went viral with one called "I DIY'd Emma Chamberlain's new clothing line." Videos such as this have earned her 3.2 million subscribers.

She debuted on YouTube in June of 2018 with a video called "Me getting frustrated with paint: MY FIRST YOUTUBE VIDEO!"

She is from Brazil, but later moved to Canada.

One of her other popular videos is called "A JoJo Siwa makeover."

Joana Ceddia Is A Member Of