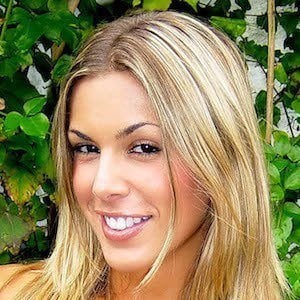 Fashion and exotic model who has appeared in Brazil's Playboy magazine a number of times. She successfully transitioned into a television career hosting a gameshow segment on Rede Bandeirantes' H.

She began modeling in her late teens after being scouted in Sao Paulo.

She married MMA fighter Vitor Belfort in 2003. The couple have three children.

In 2017, her husband fought Nate Marquardt during the UFC 212 event.

Joana Prado Is A Member Of