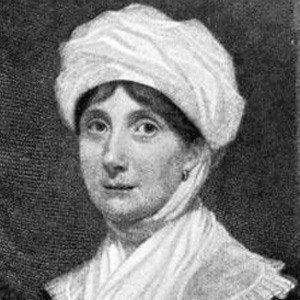 A Scottish-born poet and playwright of the late 18th and early 19th centuries, she is best known for her 1798 drama, The Plays on the Passions. A popular writer of her era, she held literary society meetings at her home in Hampstead, England.

She was sent to a Glasgow boarding school at the age of ten. It was there that she first delighted in the performance and writing of plays.

Despite her gender, she experienced great literary fame during her lifetime, and she insisted upon being labeled as a true playwright rather than as a "closet" dramatist.

She was the youngest daughter of a Presbyterian minister. On account of a small inheritance from her uncle, she decided not to marry.

She and Duncan MacIntyre were both Scottish poets.

Joanna Baillie Is A Member Of