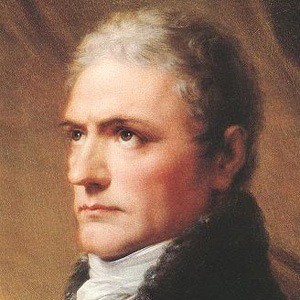 Hungarian poet who is remembered for a 1785 patriotic poem entitled "The Valour of the Magyars." He also edited a political publication known as the Magyar Museum.

He worked in his early adulthood in the treasury department of the city of Kassa, Hungary.

He was imprisoned for two years for his role in a treasonous conspiracy.

He was born in Tapolca, near Hungary's Lake Balaton. He wed Austrian poet Gabriella Baumberg in 1805.

Janos Batsanyi Is A Member Of