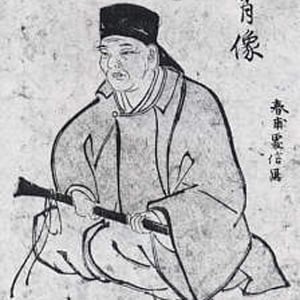 Japanese poet and artist best known for his haiku poems and his accompanying drawings. Known simply as "Issa," he is considered one of the four greatest haiku poets in Japanese history.

His mother passed away when he was three years old, and his father sent him to Tokyo when he was fourteen.

He wrote more than 20,000 haiku, many of which he also illustrated.

He had three children with his first wife, Kiku; sadly, none of them survived childhood.

Kobayashi Issa Is A Member Of