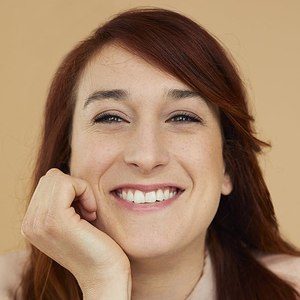 Comedian who built an international fanbase through the videos she created for the bilingual digital platform Flama. She has performed as a member of comedy troupes like Siren and had her work featured in publications like BuzzFeed and The Huffington Post.

She graduated from Escuela Campo Alegre in Caracas, Venezuela. She later studied at NYU's Tisch School of the Arts and the University of Southern California.

She won a number of awards for the full-length play she wrote and performed, Just Press Play.

She grew up with a sister named Carolina. She has been in a relationship with Daniel Panebianco.

She has been a correspondent on Netflix's Bill Nye Saves The World.

Joanna Hausmann Is A Member Of