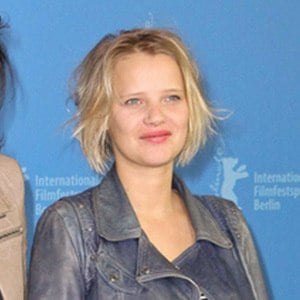 Polish actress who is best known for playing the part of Jadwiga Malecka in the TV series O mnie sie nie martw. She has also acted in projects such as Milosc jest wszystkim and Pulapka.

She graduated from the Ludwik Solski State Drama School in Krakow, Poland.

She has acted in 102 episodes of the TV show O mnie sie nie martw. She took a holiday to California in October 2018 which she documented on her Instagram.

Her sister is the actress Justyna Schneider.

She acted alongside Agata Kulesza in the 2018 film Cold War.

Joanna Kulig Is A Member Of