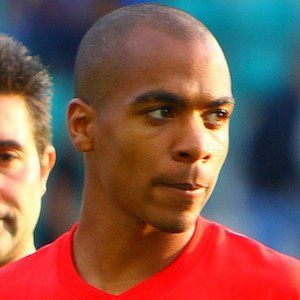 Portuguese midfielder who has played for Sporting Clube de Portugal and the Portugal national team at Euro 2016 and won the tournament.

He started playing with Sporting Clube de Portugal in 2004 at 11 years old.

He was pegged as one of the ones to watch for the Euro 2016.

He is from Porto, Portugal. He has an older brother named Wilson Eduardo who also began his soccer career at FC Porto.

He made his International debut in October 2014 replacing Cristiano Ronaldo for the final 14 minutes of the game.

João Mário Is A Member Of