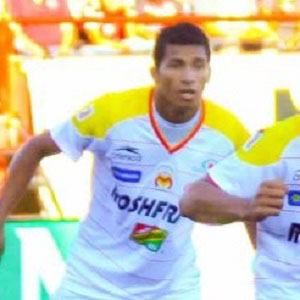 Winger who joined Cruz Azul in 2013 after spending two seasons with Morelia; became a member of the Ecuadorian national team in 2008.

He began his professional career with Tecnico Universitario in 2007.

He was born and raised in Canar, Ecuador.

He joined forward Pablo Barrera on Cruz Azul in 2013.

Joao Rojas Is A Member Of