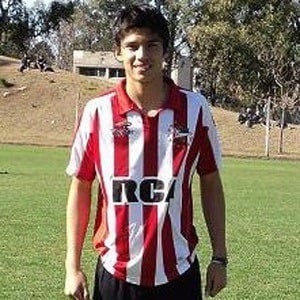 Attacking midfielder who began a tenure with Sevilla FC after previously playing for Estudiantes (2012-2014) and Sampdoria (2015-2016).

He spent time in the youth systems of River Plate, Renato Cesarini and Estudiantes.

His first professional goal came against San Lorenzo in a May 2014 3-0 victory while playing for Estudiantes.

His full name is Carlos Joaquín Correa. He was born in the settlement of Juan Bautista Alberdi in Tucuman, Argentina.

He and Samir Nasri were both midfielders on the same Sevilla squad.

Joaquín Correa Is A Member Of