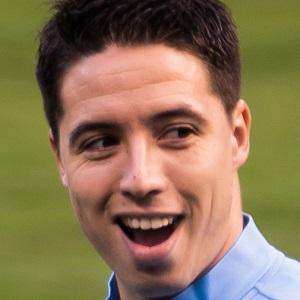 He began his youth career with Marseille at age 10.

He helped lead Marseille to a UEFA Intertoto Cup Championship in 2005.

He was teammates with Thierry Henry on France's national team from 2007 to 2010.

Samir Nasri Is A Member Of