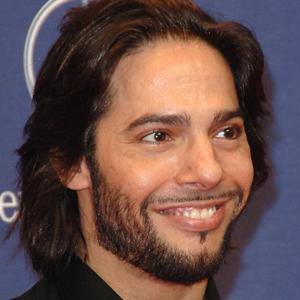 Classically trained flamenco and ballet dancer, most known for his performances at venues like the Metropolitan Opera House (Lincoln Center).

After moving to Madrid as a child, he began taking formal dance lessons; soon after, he was hired for his first job with a touring company.

He once performed for President George W. Bush at the White House in 2004.

He was born in Cordoba, Argentina.

He once performed on the series Dancing with the Stars, which starred Julianne Hough.

Joaquín Cortés Is A Member Of