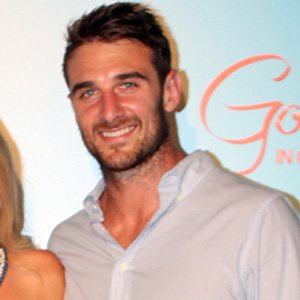 Australian rules footballer won the 2012 Brownlow medal as the AFL's best player - and then endangered it by testing positive for a banned substance.

Selected as the 40th pick by Essendon, he started out struggling, but improved every year, and in 2012 was voted to the 2012 All-Australian team.

An official report in 2013 revealed that he and others on his team, the Essendon Bombers, were taking performance-enhancing supplements.

He and James Hird both starred for the Essendon Bombers.

Jobe Watson Is A Member Of