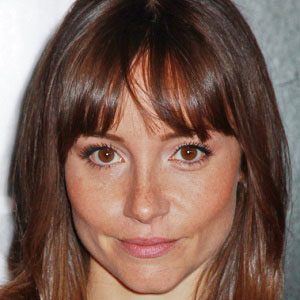 Most well known for her starring role as Samantha Hughes in the acclaimed 2009 horror movie The House of the Devil, she won a Los Angeles Screamfest Best Actress Award for her performance. Her other film credits include roles in the comedy movie The Last Godfather (2010); the drama Live at the Foxes Den (2013); and the thriller The Living (2014).

After earning a sociology degree from New York University, she made her feature film debut in the 2008 horror movie The Burrowers and went on to make a brief appearance in the 2009 film He's Just Not That Into You.

She appeared in advertising campaigns for Old Navy, Subway, and Levi's.

Born and raised in Bristol, Connecticut, she later lived and worked in both New York City and Los Angeles.

She was cast in a small role in the 2015 Natalie Portman and Cate Blanchett feature Knight of Cups.

Jocelin Donahue Is A Member Of