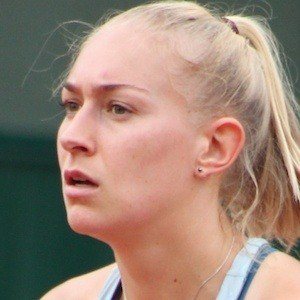 British tennis player who won the gold medal in the mixed doubles at the 2010 Commonwealth Games. She reached a career high singles ranking of 450 in July 2010.

She played her first match on the junior ITF circuit in April 2006.

She reached the WTA doubles final at the Swedish Open in July 2014.

She hails from Nottingham in England.

She was partners with Melanie South in the 2009 Wimbledon women's doubles tournament.

Jocelyn Rae Is A Member Of