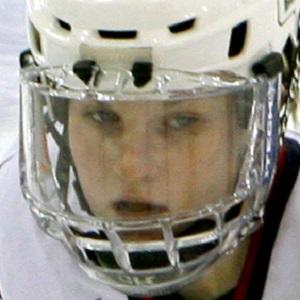 Forward who won the gold medal for Team USA at the 2018 Olympics, scoring the last shootout goal during double overtime. She has also won silver medals for the USA at both the 2010 and 2014 Olympics. She also won gold at the Women's World Championships in 2011 and 2013.

At the 2018 Olympics, she scored two goals six seconds apart, which became an Olympic record for shortest time between goals by anyone.

Her father Jean-Pierre was a goaltender at the University of North Dakota. Her twin sister Monique played alongside her during the 2018 Winter Olympics.

Her sister Monique Lamoureux-kolls scored the game-tying goal in the final of the 2018 Winter Games.

Jocelyne Lamoureux Is A Member Of