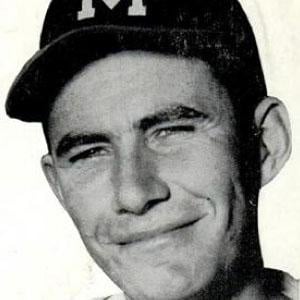 MLB first baseman and outfielder for 17 seasons who won a World Series title with the Milwaukee Braves in 1957.

He was a star at Louisiana State University, where he was discovered and signed by the Cincinnati Reds.

He became one of the first players in Major League Baseball history to hit four home runs in one game.

He played alongside Hall of Fame slugger Hank Aaron on the Milwaukee Braves during the 1950s.

Joe Adcock Is A Member Of