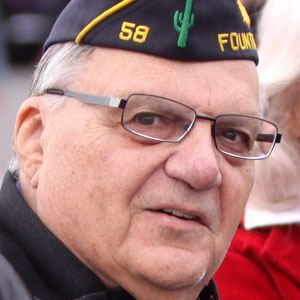 The Sheriff of Maricopa County, Arizona who was involved in the investigation in attempting to disprove the validity of Barack Obama's birth certificate.

He served in the Army and later worked as a special agent for the Federal Bureau of Narcotics.

He resided in Arizona with his wife Ava and their two children.

He formed an illegal immigration operations in 2010 along with celebrity Steven Seagal.

Joe Arpaio Is A Member Of