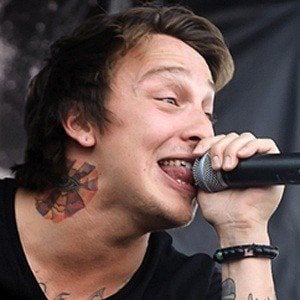 Vocalist, keyboardist and synth player best known as a member of the American deathcore band Born of Osiris. He and the band are known for releases like 2013's Tomorrow We Die Alive and 2015's Soul Sphere, both of which cracked the top 5 on the U.S. Hard Rock charts.

He met the other members of Born of Osiris while in high school. Before settling on Born of Osiris, the band had a variety of names, icnluding Diminished, Your Heart Engraved, and Rosecrance.

He filled in for departed singer Michael Barr during the band Volumes' 2015 tour.

He had a brother named Timothy who passed away at age 22.

He has shared the stage with guitarist Lee McKinney as a member of Born of Osiris.

Joe Buras Is A Member Of