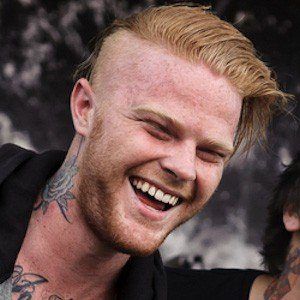 Guitarist and composer best known as a member of the Chicago-born metal band Born of Osiris. Since settling on the name, the band has released four successful albums, including Soul Sphere which topped out at #2 on the US Hard Rock chart.

He began playing guitar at the age of ten and by seventeen had been signed, along with the rest of Born of Osiris, to Sumerian Records.

In February 2015, he released the solo track "Skylasher," an instrumental prelude to his solo album.

He is a native of Chicago, Illinois.

He is an instructor on the music teaching website Bandhappy, a site owned by Periphery drummer Matt Halpern.

Lee McKinney Is A Member Of