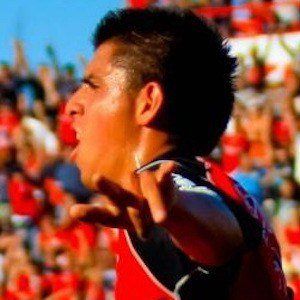 Professional soccer player most well known as a midfielder for Tijuana. He has played on loan with Veracruz and Sinaloa and served on the national teams for both Mexico and United States.

He began his youth soccer career in 2006 with Nomads Academy. He then spent a short time with the San Diego State Aztecs before joining Tijuana where he would make his senior debut in 2010.

In 2013, he and the rest of the United States national team won the CONCACAF Gold Cup.

Joe Corona Is A Member Of