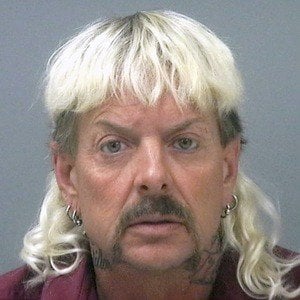 Incarcerated criminal and former zoo operator known for having owned and operated the Oklahoma based Greater Wynnewood Exotic Animal Park. In 2020, he was the focus of a documentary series titled Tiger King.

He and his brother started a pet store in 1986.

He recorded and self released several country music albums.

He married Dillon Passage in 2017. He was previously married to Travis Maldonado.

In March of 2020, he sought a presidential pardon from Donald Trump.

Joe Exotic Is A Member Of