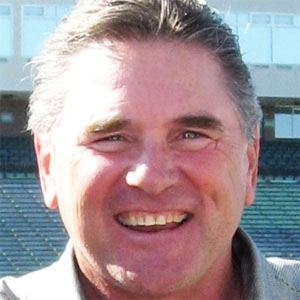 University of South Dakota head football coach who also played for the school as a quarterback and wide receiver. He won two Division II titles as the head coach of Northern Colorado as well as a Division I-AA title with Montana.

He began his coaching career with a couple of backfield assistant jobs at South Dakota and Northern Arizona. He landed his first head coaching job with Doane College in 1976.

He had two children with his wife Michele.

He coached for his alma mater South Dakota much like University of Connecticut men's basketball player and head coach Kevin Ollie.

Joe Glenn Is A Member Of