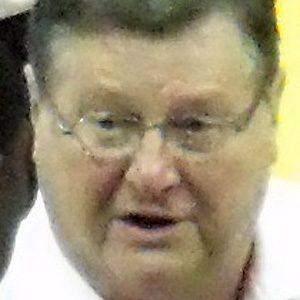 University of Kentucky basketball head coach from 1972 to 1985. He coached three teams throughout his career. One of these was Central Missouri from 1964 to 1965.

After coaching at Central Missouri State and Regis, he took an assistant's role at Kentucky.

He served as an assistant to the legendary UK coach Adolph Rupp. He lived to the old age of 93.

He had three children with Katharine Dennis, whom he remained with until her death.

Like Bob Knight, Hall is one of only three men to win an NCAA championship as a player and a coach for a single team.

Joe B. Hall Is A Member Of