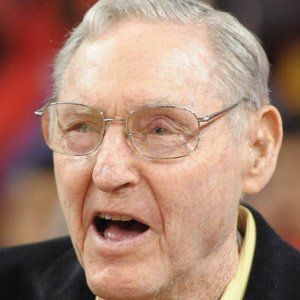 8-time All-Star who won four NBA Championships with the Boston Celtics between 1957 and 1961. After retirement, he became an NBA coach, leading the Los Angeles Lakers to an NBA Championship in 1972.

He played baseball in the Brooklyn Dodgers minor league system from 1950-1955.

He coached the Los Angeles Lakers to a record-breaking 33-game win-streak during the 1970-1971 season.

He coached Jerry West and the Lakers to their first championship in over a decade.

Bill Sharman Is A Member Of