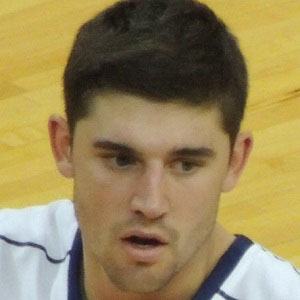 Shooting guard who was drafted in the second round of the 2014 NBA Draft by the Cleveland Cavaliers. He was drafted out of the University of Virginia, where he was a First-Team All-ACC selection in 2013 and the MVP of the ACC Tournament in 2014.

He was born in Chelan, Washington and was a four-time letter-winner at Chelan High School, where he was coached by his father Joe.

In 2014, he led the University of Virginia Cavaliers to their first ACC Tournament title since 1976.

He has an older sister named Kaiti and two younger sisters named Jaicee and Makenzie.

He joined All-Star point guard Kyrie Irving in Cleveland in 2014.

Joe Harris Is A Member Of