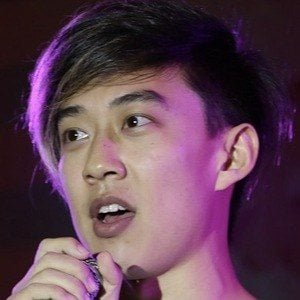 Rose to fame after his single "Closer" was used in the opening of the anime Naruto: Shippuden. Later, his song "Kaze No Gotoku" became the second opening theme for Yorinuki Gin Tama-san.

In middle school, he became interested in music and started working on his own music in 2007. He chose to pursue music despite being accepted to UCLA and UC Berkeley.

He has many self-titled YouTube channels where he has released his original music.

Born in Los Angeles, California, he was raised by two Japanese immigrants.

Like Diana Garnet, many of his songs have been featured in anime opening themes.

Joe Inoue Is A Member Of