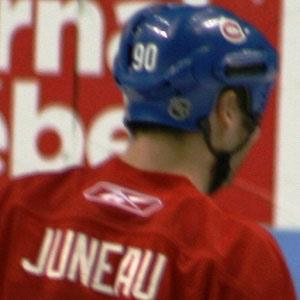 Canadian centre most famous for his offensive prowess as a member of the Boston Bruins and Washington Capitals, reaching the Stanley Cup Final with the Capitals in 1998. Following his retirement, he became an advocate for Inuit youth in northern Quebec, receiving the La Presse/Radio-Canada Personality of the Year Award for his efforts.

He played NCAA hockey with the R,P.I. Engineers for four years before debuting with the Bruins in 1991. In his rookie season, he set an NHL record for assists in a season by a left winger with 70.

He was named a Knight of the National Order of Quebec in 2014.

He has children named Ophelie and Heloise.

He made the 1998 Stanley Cup Final with the help of Hall of Fame Capitals centre Adam Oates.

Joe Juneau Is A Member Of