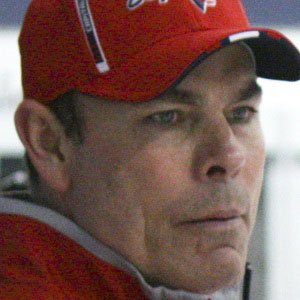 NHL Hall of Fame center who was selected to 5 All-Star games during his 19-year career. He spent six seasons each with the Boston Bruins and Washington Capitals and became head coach of the Capitals in 2012.

He was never drafted and signed directly with the Detroit Red Wings as the highest-paid rookie in the league.

At the end of the 1988-89 season, he and teammate Paul MacLean were traded from the Detroit Red Wings to the St. Louis Blues for Bernie Federko and Tony McKegney.

He was engaged to model and actress Darlene Vogel, but their planned wedding was cancelled at the last minute.

He began his career with the Detroit Red Wings as a backup to the great Steve Yzerman.

Adam Oates Is A Member Of