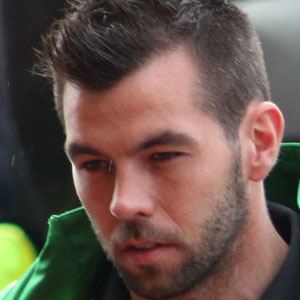 Welsh midfielder who was twice named the Wales Club Player of the Year with Cardiff City. He spent four seasons with Celtic FC before joining Crystal Palace in 2014. In 2017, he joined Derby County.

He began playing in the Cardiff City youth system at age 9. He made his senior debut for them in 2004 and played there up until 2010.

He first joined the Wales national team in 2005.

He has two daughters, Layla and Reeva, with his wife Ruby.

He was joined by Fraser Forster on Celtic FC in 2012.

Joe Ledley Is A Member Of