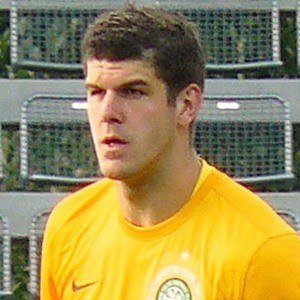 English goalkeeper who joined Celtic FC in 2012 after playing on loan to Norwich City and the Bristol Rovers.

He played with the Wallsend Boys Club from age 13 to 17.

He earned the Macron Golden Glove Award during the 2009-2010 season.

He was raised with three older brothers.

He became teammates with Joey Barton on Newcastle United in 2009.

Fraser Forster Is A Member Of