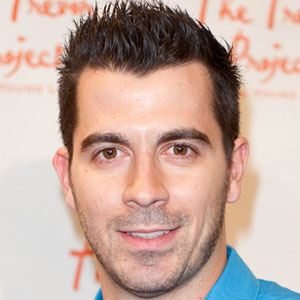 YouTube personality who also works as a director, writer, and actor. He is best known for his YouTube channel JoeNationTV where he's produced full-length web series such as JoeNationTV and YouTube Assassin.

He was writing and directing back in middle school with friends of his. He continued to do so in high school and college.

He is the owner of Thunderkick Films and was selected by Ford to be an Agent for the Ford Fiesta Movement in 2013.

He was born in Scaggsville and later moved to Los Angeles, California. He first started making films using VHS with his two brothers. He frequently features fellow YouTuber Jess Lizama, in his videos. The two became engaged in December of 2015 and married in July of 2017.

He has collaborated with such YouTube stars as Olga Kay and Grace Helbig.

Joe Nation Is A Member Of