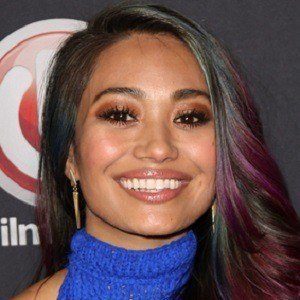 Blogger and vlogger who started her YouTube channel under the name exoticjess. She was invited to collaborate with Michael Gallagher, which opened up the door to her becoming a big-time YouTuber.

She played the flute and used to sing in a choir. She would stay home with her family and play Zelda and Dungeon and Dragons.

She became the host of the Game Show Network's Door3 channel. She created a show called Jess in Distress.

Her parents got divorced when she was 3 years old. She has step-siblings named Roger and Maria. She gave birth to her daughter Corrine when she was sixteen years old. In 2017, she married YouTuber Joe Nation.

She collaborated with Chris Thompson and Olga Kay in a video called "How to WIN the chicken nugget challenge!!!!"

Jess Lizama Is A Member Of